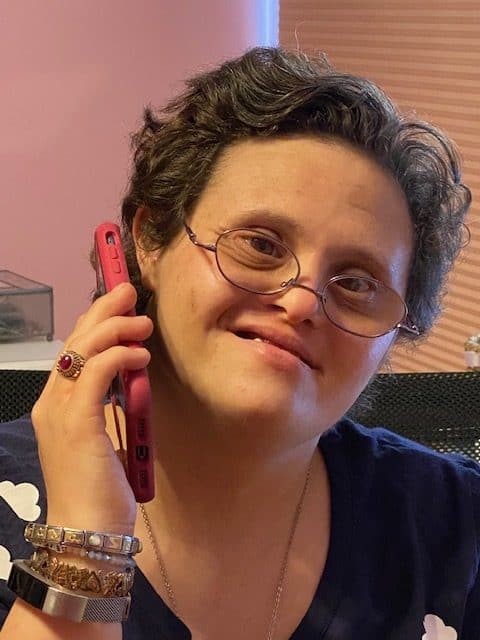 Melissa Silverman resides in Owings Mills, MD.  She graduated from Franklin High School in 2001 with a full academic diploma from the state of Maryland.  She was awarded the Student Advocate of the Year from the Baltimore County Commission on Disabilities and a merit award from the Maryland Governor’s Committee on Employment of People with Disabilities in the area of Outstanding Maryland Youth with a Disability. She attended 2 years at the Community College of Baltimore County where she earned her 90-hour childcare certification.  Melissa has been a teacher’s assistant in a before and after school child care program where she works with elementary school children.

Outside of work, Melissa enjoys Special Olympics swimming and soccer and the Live Up and Best Buddies programs.